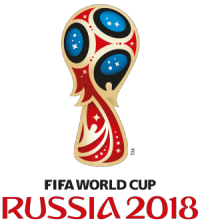 Unless you’ve been living in a cave for the last few weeks, or you really hate football, you’ll no doubt be aware that the World Cup starts on 14th June (and will run until 15th July, where England will undoubtedly NOT be crowned champions).

It would be wrong of us not to jump at the opportunity to write a blog focussing on the World Cup, but we were scratching our heads as to what we could actually tackle (pun intended).  In the past we’ve looked at the various injuries you can sustain whilst playing the glorious game, as well as how to treat them.  We thought we could perhaps provide an Idiot’s Guide to the World Cup, but the reality is we’d have to read one ourselves first.

That’s when we decided we’d have a look over some of the most horrific footballing injuries to date.  Don’t worry, there are NO gruesome photographs.  We’re conscious some of you might be eating your breakfast whilst reading this.

In no particular order, then, we have:

The great Sir Alex Ferguson described Alan’s injuries as one of the worst he’d ever seen, which is reason alone to include it in this line up.

Smith’s left leg was broken when he was trying to block a free-kick from John Arne Riise, which also dislocated his ankle.  It was almost immediately clear how bad the injury was, with many Liverpool fans offering him a standing ovation as he was stretchered off the pitch.

Thankfully, Smith made a good recovery; however, it did take seven months.

Footage of this injury looks fat worse than it actually was (though, it was still serious).  Larson’s shin pad had become displaced as he made a tackle, and it was assumed he’d been the victim of a particularly nasty compound fracture.  This wasn’t the case; however, he did break his left leg in two places.

With excellent support both during and after his recovery, Larson was able to go on and have a fantastic career with Celtic.

You might be forgiven for wondering if Cisse has an addiction to Gas & Air, as he has broken his leg on two occasions.

The first time, he broke his left leg (tibia and fibula) after getting his boot blades caught in the turf.  He then broke his right leg during a pre World Cup tournament warm-up against China, which meant he had to miss the finals.

The good news is that on both occasions he had made a full recovery within seven months.

It would be an incomplete list not to include David Buust’s infamous injury.  The aftermath was so severe that many stations refused to broadcast details, although it was clear from the look on Schmeichel’s anguished face that it was devastating.

Buust collided with Denis Irwin and suffered a double compound fracture, with the bone of his fibula piercing the skin.

It took 15 minutes to remove him from the pitch (which included washing the bloody away from the scene).  Schmeichel was even reported to have to undergo counselling to help him come to terms with what he had seen.

Buust did not make a recovery that allowed him to return to football; however, as he was originally faced with having his leg amputated, this might be a small price to pay.

Let’s hope there are no serious injuries for any of the players in this year’s tournament.